Kandy - A Landmark of History 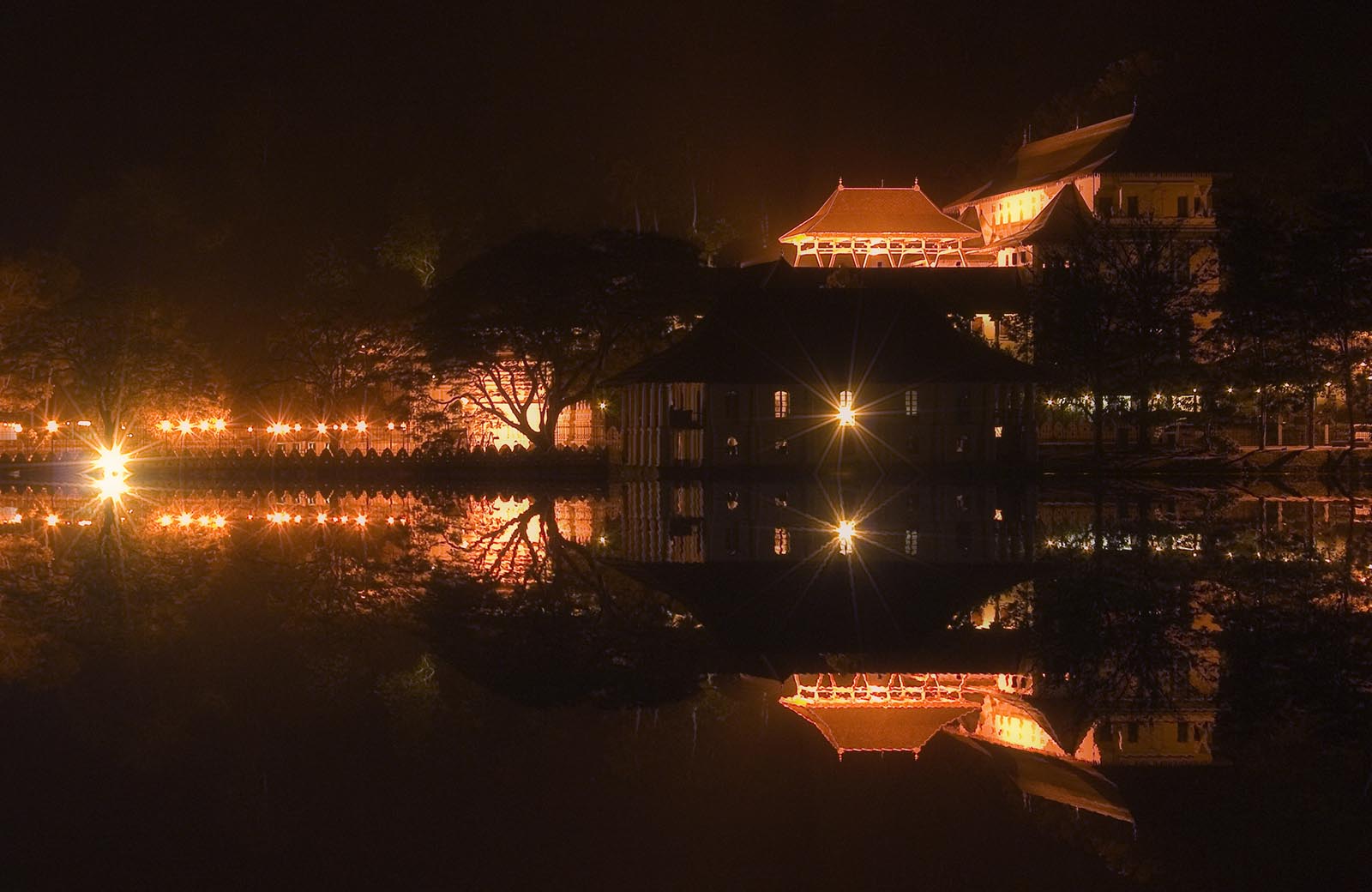 Kandy, Mahanuwara in Sinhalese, is the capital of the Central Province and the second largest city in Sri Lanka. A three-hour drive from Colombo, Kandy is home to some of the most famous places of worship in Sri Lanka, a delightful old-world charm and is packed with an abundance of history dating back to the 14th century CE. The city sits500 meters above sea level and is surrounded by luscious hills including the Knuckles and Hunnasgiriya mountain ranges, adopting a cooler climate than the lowlands of the island. Kandy, previously known as the city of Senkadagalapura, was the last capital of the Sinhalese kingdom before the rule of the British in1815.

Kandy has many famous places of worship that have become a part of its history, which played an important role during the rule of the Kandy Kings and became a significant part of Ceylonese History itself. Many of these places are now recognized as World Heritage Sights by UNESCO.

Five Places of Worship to Visit in Kandy:

1. The Temple of the Tooth - Sri Dalada Maligawa

The Temple of the Scared Tooth Relic was listed as a World Heritage Site by UNESCO in 1988 and is considered the most sacred place in Kandy, as it enshrines the tooth relic of the Gautama Buddha. This temple is an important place of worship for Buddhists from allover the world, attracting tens of thousands of tourist visits every year.

The tooth relic was said to be brought to the island in the 4th century, hidden within the hair of a princess from an ancient city named Kalinga in India.

The ‘Dalada Madura’ was built in 1595 by King Vimaladarmasuriya I, which was the first housing for the Temple of the Tooth. This was said to have been destroyed by the Portuguese and then rebuilt during King Rajasinghe II’s rule. The Dalda Madura was rebuilt many times as it was destroyed or decayed and then finally rebuilt by King Sri Veera Parakrama Narendrasinghe during his reign from 1707 - 1739. King Keerthi Sri Rajasinghe added the final touches to the temple during his reign and built it to its present appearance. The Paththirippuwa or the Octagonal Pavilion was constructed by King Sri Wickrama Rajasinghe, the last king of Kandy, who reigned from year 1798 – 1815, where it was intended to exhibit the sacred tooth relic to the public, and on important occasions, address his subjects. It is now the most photographed part of the Temple and has become an iconic structure in all travel photography of Sri Lanka.

One of the oldest buildings in Kandy, The Natha Devale is said to have been built by King Vikramabahu III in the 14th Century. It is located at the front of the Royal Palace Complex, adjacent to the Temple of the Tooth. This shrine is said to have historical importance as the Kings were said to be given their royal names at this shrine.

Natha was considered a guardian deity of Ceylon. History says that King Gajabahu held a grand procession in honor of the God once he returned from India victorious, and claimed that the god helped with his triumph. It is still unclear as to why the God Natha is worshipped, however, the literal translation of the word ‘natha’ means either ‘no form’ or ‘no shape’ and is associated with ‘Maitreya’, meaning the next Buddha.

The construction of this temple began in 1771 during the reign of King Kirti Sri Rajasinha, who was a great patron of the arts, and was completed by his brother King RajadhiRajasingha as he ascended to the throne. The temple shrine and entrance are within a cave which was excavated out of a 12.3 meter high rock. Many murals can be found within the temple, including the ‘Mara Yudde’, an artistic depiction of Buddha’s internal spiritual battle against the demon of death, rebirth and desire. This is said to be one of the most prominent paintings that can be found at this temple. Other stunning murals depicting Jataka Stories, and others of people, trees and animals, showing a distinctive difference between the garments worn by those in low-country and up-country regions are just some of the magnificent murals that one can just lose themselves in, completely losing track of time.

The colors used for these murals were extracted from the barks of trees nearby.

This Anglican church was formally consecrated in 1853 by James Chapman, the first Bishop of Colombo.

In 1874 the church was gifted a pipe organ which was donated in honor of Laurence St. George Carey, a tea planter on Le Vallon Estate, Pupuressa, by his brother, significantly uplifting the quality of worship. This organ became a vital and an integral part of the Services for over 125 years, until it began to have frequent breakdowns and went silent for a few years. However, after diligent repair, the lower keyboard was sufficiently restored and the organ played in this manner until it was replaced in 2009.

The widow of Laurance St.George Carey also gifted a beautiful stained glass window in honor of her late husband. This glass window which sits above the High Alter depicts the Crucifixion, Ascension, the Angel in the Tomb and the Nativity.

The church adopts Neo-Gothic architecture from the late 1740’s. The building is entirely built of terracotta brick and, perhaps, the only example of its kind of British architecture in Sri Lanka. The aesthetic quality of the building lies in the visual impact of the austere great mass of the bare brick walls, now weathered to a red-ochre hue and the great tower roaring up into the sky.

The temple was built in1371 by King Vikramabahu III of Gampola during his reign and attracts many visitors and worshippers alike, with its beautiful wood carvings, ornate pillars and high roof. Except for the sanctum, the entire temple is constructed with wood and has intricate carvings on all the pillars, bringing a sense of serene grandeur to the temple.

An astonishing total of 514 different carvings are found at the Embekke Devalaya, including lotus designs and crafty liyawel that embrace the pillars. These pillars have different images carved in the sides, bases, beams and doorframes. UNESCO has identified these carvings as some of the best and most detailed carvings in the world.

The devalaya has been dedicated to the Lord Katharagama, who is said to be a guardian deity.