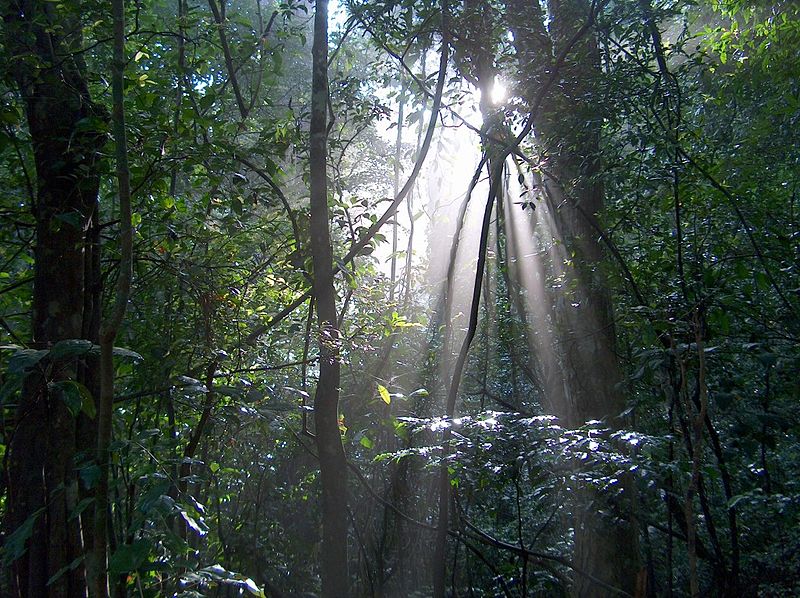 The famed city of Kandy is what remains of the final seat of the Kingdom of Kandy.  Steeped in history and ancient culture, Kandy offers travelers numerous attractions, with the many significant places of worship, the town, and its surrounding areas brimming with much to see and learn.

Check out our blog Kandy - A Landmark of History for details of the must-see ancient sites and places of religious worship in Kandy. And if you’d rather venture off the beaten path, we’ve also got a few  incredible sites to share with you that are lesser-known but equally impressive:

‍
Spawning an industry that today employs over a million people, tea is Sri Lanka’s most renowned export, and has brought the country recognition and international repute for well over a century. Sri Lanka’s tea is prized across the globe, and the label “Ceylon Tea” ensures an exceptional cup and exceptional quality. The Ceylon Tea Museum is dedicated to this popular beverage, its production, and its history.

This four-story museum displays old tea factory machinery, a library, and an auditorium with audio and visual presentations about the industry and its workings. The museum also has its own outlet that sells some of the finest tea in Sri Lanka. The top floor holds a cafe with an enchanting 360-degree view of the Hunasgiriya, Knuckles, and Matale mountain ranges. The entire property is surrounded by several tea plantations that span the hills. The Ceylon Tea Museum is open from Tuesday to Saturday, 8:30 am to 3:45 pm and 8:30 am to 3:00 pm on Sundays. The museum is closed on Mondays and on Poya days which fall on weekdays.

‍
This 257-acre forest reserve is famous for its extensive avifauna, a large variety of plant species, reptiles, and even three Buddhist Forest Monasteries. The highest point of the ridge is 635 meters above sea level and 115 meters above the Kandy Lake. In 1856, Udawattakele was designated as a forest reserve and in 1938, it became a sanctuary. During thedays of the Kandyan Kingdom, Udawattakele was known as the “Garden above the Royal Palace” (in Sinhala, “Uda Wasala Watta”).
History states that the famous Brahmin Senkada lived in a cave within the forest, this, however, collapsed in 2012 due to a landslide.
The forest reserve is a well-known bird watching spot with over 80 different native bird species. The elusive Three-toed Kingfisher is said to be spotted occasionally at the pond within the reserve. The forest is also home to many endemic species of mammals, such as the golden palmcivet, pale fronted toque (monkey), giant flying squirrel, and even the Indian Flying Fox (bat) to name a few. The green forest lizard, kangaroo lizard, green vine snake, banded kukri, Sri Lankan cat snake, skinks, frogs, and toads alsocan be found within the park. The suggested duration for a tour of the park is approximately three hours, which would allow you to see all the best parts of the sanctuary. However, if you are an extreme wildlife enthusiast, you can spend the entire day at the park as it is open from 7:00 am to 6:00 pm everyday.  Udawattakele is truly a nature lover’s paradise.

‍If you are a fan of Indiana Jones, it is a must that you head over to see the rope bridge that was seen in the second installment of the franchise, “Indiana Jones and the Temple of Doom”. This cult classic was filmed in 1983, and featured this rope bridge built across a 300-foot deep gorge downriver from the Victoria Dam, north of Kandy.
It is said that this bridge was built as a part of a scene in the movie, and once the movie was filmed, the producers had decided to keep the bridge intact for the local villagers to use. Significant improvements have been made to the bridge since its feature in the blockbuster film that grossed $333.1 million worldwide in1984. A trek through the Sherwood forest will lead you to a distant view of the “Ura Ketu Gala” which was the setting of The Temple of Doom.

‍
Located close to the longest river in Sri Lanka, the Mahaweli, 5.5 kilometers west of Kandy, is a 147-acregarden, home to 4000 species of plants. Orchids, spices, medicinal plants, palm trees, and cyprus grow amongst many other species of plants at the Royal Botanical Gardens in Peradeniya. The Palm collection is among the best in Asia with about 220 species. Other attractions are the great lawn, spice gardens, Palm avenues, plant house and Cacti display, lake and flowering trees.

In 2018, the garden had1,543,695 visitors. The Peradeniya Gardens was first used for coffee and cinnamon plants brought by Alexander Moon in 1821. The Botanical Garden was officially established in 1843 with plants brought from Kew Gardens in the UK, Slave Island in Colombo, and the Kaluthara Garden. Queen Elizabeth II visited the gardens in 1981and planted a Sorrow less tree. Many other foreign dignitaries have visited the garden and planted different types of plants species.

Standing tall at 75meters high, the Huluganga Falls is located in the Huluganga Town just 30 kilometers away from the Kandy town. The Hulu River originates at the Knuckles Mountain Range and flows through the villages of Elliyadda and Aratthana, terminating at the Victoria Reservoir. The river is said to be crystal clear, with its many rocks, plants, and grass sitting below the surface. This magnificent waterfall is the perfect backdrop for amazing photographs of lifelong memories!

No holiday is complete without some shopping and souvenirs to takeback home! A large variety of stores can be found in the Kandy City Centre, better known as KCC, where you can shop for local gems, clothing, carvings or even a couple of keychains. It’s a one-stop-shop with many different items under one roof.


Please don’t forget to support our local vendors, many of whom have authentic handcrafted souvenirs which make thoughtful gifts that support a cause. A few of our favorite places include: Waruna Antiques, Gamage stores, Selyn (handwoven fabrics), Earthbound Creations, Isini Gems & Jewelers, and Sthree Kandy

(NOTE: opening hours of parks and establishments may be affected by lockdowns and social distancing restrictions)